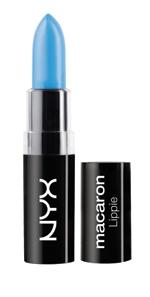 Comments: Sold in 130 countries worldwide, L’Oréal continues to cover all of its beauty world bases, from mass to prestige, hair care to color, dermocosmetics to salon, and more, in its efforts to win over its goal of a billion new consumers in the next 10 years. And whenever the global beauty giant sees an opportunity—or a gap—it doesn’t hesitate to jump in and access a brand with targeted potential. This strategy seemingly paid off in 2013, with a sales growth of 2.3% above that recorded in 2012—reaching $31.6 billion—not a bad increase in a volatile market. Developing economies marked the root of expansion.

By division, Cosmetics accounted for $29.3 billion; Dermatology for $1.1 billion; and The Body Shop, $1.2 billion.

Slightly more than half of sales—51%—were attributed to Consumer Products, to which Marc Menesguen, president, Consumer Products Division, noted: “Our high value-added innovations at accessible prices are the driving force of our growth.”

L’Oréal Luxe accounted for more than a quarter of sales, at 27.5%, while 14% of sales were due to the company’s Professional Products portfolio, in which Kérastase led in 2013.

Active Cosmetics continued its upward path with a 7.5% gain, in a category that seems to be at just the start of its tremendous potential.

A Year of Progress

In reporting the year’s financials, Jean-Paul Agon, chairman and CEO of L’Oréal, said that in 2013, the

group outperformed the market across all divisions and geographic zones, posting significant growth in both results and profitability. He said it was also a year of progress in “adapting…to a changing world, and driving its efficiency, modernity and performance, so as to continue to build dynamic, sustainable and profitable growth.”

Agon credited L’Oréal’s product innovation, which he says “enables us to stay one step ahead.”

Adaptability is one of the group’s great strengths, according to Agon, who said a new L’Oréal is emerging, and it is well equipped to continue its mission—“beauty for all”—by applying its universalization strategy. According to the No. 1 beauty brand manufacturer, “Universalization is globalization that respects differences in needs, desires and traditions.”

In 2013, worldwide cosmetics growth, in general, was more moderate than in 2012, up about 3.8%, but according to L’Oréal, the market is poised to double in size in the next 10-15 years. What’s more, the profiles of consumers and their needs will also change. L’Oreal predicts that more than half of consumers will be located in tropical zones, with hot, humid climates; and by 2020, some 60% of the world’s population will live in major urban

YSL’s Couture Palette Collector Fetiche features the rich look of supple leathers in both the packaging and the formulations.

With skincare still holding an impressive lead in Cosmetics (L’Oréal expects a 6% annual growth over the next 10 years), there is an ever-growing demand for products that combine innovation and efficacy with safety. In Active Cosmetics, for example, with sales growth of 12.4% like for like in 2013, La Roche Posay, is prime for expansion. Most recently, Lipikar Baume, which replenishes and soothes severely dry, itchy skin, has shown much promise in the U.S. and beyond. 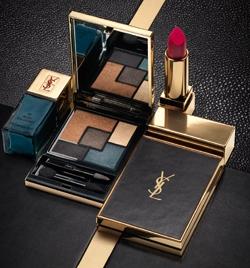 YSL’s Couture Palette Collector Fetiche features the rich look of supple leathers in both the packaging and the formulations.
With 2,919 stores worldwide, The Body Shop recorded an increase of 1.2% like-for-like in 2013, and celebrated 26 years of commitment to responsible sourcing,
fair trade ingredients and support for local communities. The brand holds great potential in the New Markets with double-digit growth in India, UAE and Indonesia.

Now The Body Shop has acquired a majority stake in Emporio Body Store in Brazil, which has a franchisee network of 130 sales outlets.

Additional acquisitions with a local or regional effect on L’Oréal’s geographic coverage include in Colombia with the makeup brand Vogue, and in Kenya, with Interbeauty. The purchase of China’s Magic Holdings (facial masks) and Kenya’s Interbeauty, have boosted L’Oréal’s Consumer Products Division; while Cheryl’s Cosmeceuticals (L’Oréal’s first acquisition in India) complement products in its Professional Products Division.

L’Oréal’s acquisition of the U.S. prestige brand Urban Decay paid off quickly, with a 42.5% growth in global sales in 2013, like-for-like. Meanwhile, Essie has continued on its global path, and in 2013, topped the 100 million euro mark in sales for the first time. Likewise, in two years—and available in more than 30 countries—Clarisonic has become a leader in the L’Oréal Luxe division.

Garnier introduced a new beauty routine worldwide with its BB creams. In 2013, the brand invented the new Blur category, with 5 Sec Perfect Blur, a skin smoother that fades signs of aging, thanks to its concentrated light reflectors.

Travel retail, a key market for reaching the ultimate goal of a billion new consumers in the next 10 years, is often referred to as the sixth continent. L’Oréal Luxe claims to be the world leader in this market, with Polo Red by Ralph Lauren leading the pack of goods.

Of course what we at Beauty Packaging love to hear, is that L’Oréal says packaging is at the heart of innovation. According to the beauty leader, its packaging and development teams are true partners for the brands in designing innovative launch plans. Team expertise, says L’Oréal, has brought products to the market faster, and contributed to the success of major innovative launches, such as Préférence Mousse Absolue by L’Oréal Paris, an aerosol cream hair colorant, and the La Roche-Posay Lipikar tube, with a 40% reduction in plastic, which won the Point Vert award from Éco Emballages.

L’Oréal says it also aims to offer its consumers not only the best products in terms of efficacy, quality and safety, but also products designed to be ecologically and socially responsible. By 2020, L’Oréal has committed to ensuring that 100% of its new products provide an environmental or social benefit. For example, shampoos that can be rinsed off with only one liter of water, instead of the usual seven now necessary. Further, by 2020, the brand says it will reduce its environmental footprint by 60%.

Suppliers will play a key role as L’Oréal says it looks to them as true partners in shared growth. By 2020, 100% of the company’s strategic suppliers will take part in its sustainable development program. All will be selected and evaluated on the basis of their societal and environmental performances.

L’Oréal remained strong in 2014, reporting first half sales results of about $16 billion, an increase of 3.8% like for like. Highlights included strong performances by L’Oréal Luxe and the Active Cosmetics Division.

In February 2014, L’Oréal added to its Professional Products division, purchasing the Decléor and Carita French skin-care brands from Shiseido for about $312 million.

Continuing to make inroads in developing markets, just last month, L’Oréal announced that it had signed an agreement, pending regulatory approval, to acquire mass market Niely Cosméticos, which is described as the largest independent hair color and hair care company in Brazil.France