Rihanna ranks on Forbes' list of Richest Self-Made Women—and most of her wealth is from Fenty Beauty. 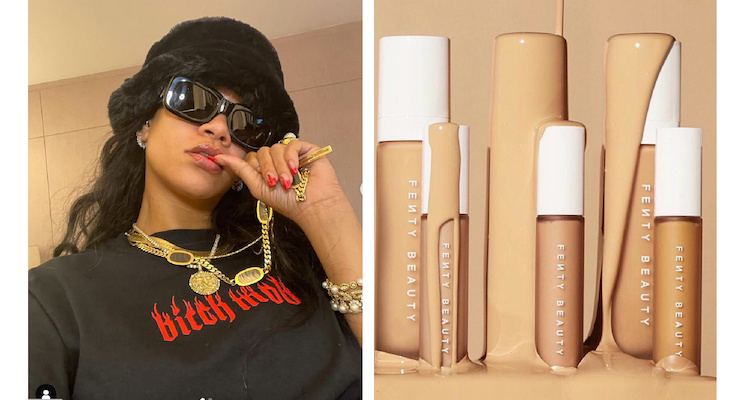 Rihanna is now a billionaire, and most of her wealth is from Fenty Beauty, Forbes reports.

Rihanna ranks at #16 with $1.7B on Forbes' America's Richest Self-Made Women list.

Forbes Madeline Berg reports that Rihanna is the most successful beauty entrepreneur to capitalize on her social media presence to build a beauty brand. She has 101 million followers on Instagram and 102.5 million on Twitter.

The bulk of her fortune is from Fenty Beauty, which generated more than $550 million in revenue in 2020, which is more than Kylie Jenner's Kylie Cosmetics.

Rihanna's new status makes her the wealthiest female musician in the world—second only to Oprah Winfrey as the richest female entertainer.

The beauty mogul might be on her way to being even more successful, since Fenty Beauty's first fragrance is launching August 10th.

The new fragrance, Fenty Eau de Parfum, is by Jacques Cavallier Belletrud, the master perfumer for Louis Vuitton, and Rihanna was involved in every aspect of its creation, reports say. She visited LVMH's Les Fontaines Parfumées in Grasse when developing the scent.