Maye Musk is a Beauty Influencer at 73 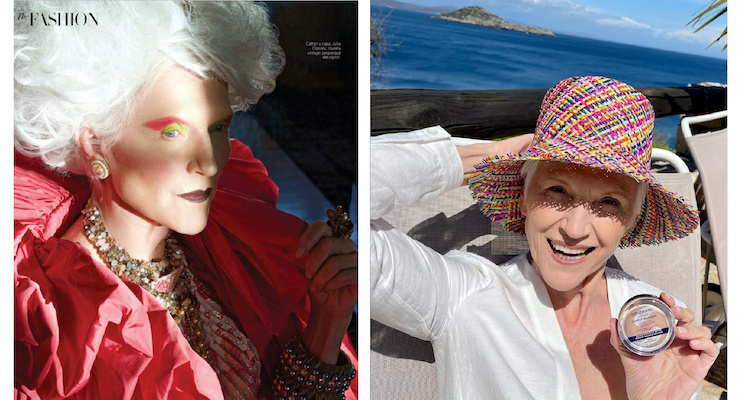 Maye Musk, who turned 73 in April, endorses CoverGirl's Simply Ageless Wrinkle Defying Foundation Compact in new campaign photos. (The photo above on the left is via Instagram/CoverGirl.)


Take a Look at Musk's Makeup in Harper's Bazaar Mexico

Musk was recently interviewed and photographed for Harper's Bazaar Mexico—wearing creative makeup looks. See the photo above, on the left, which Musk posted with the hashtag #ItsGreatToBe73.

Musk's look for the shoot was by Gregory Arlt, Emmy-nominated makeup artist and director of makeup artistry at MAC Cosmetics—along with hair stylist, fashion stylist, and set designer Jon Lieckfelt. See the photo below.

Arlt posted, "Maye is a literal dream, open to any and all ideas and embodying whatever character we put forth. Fully game for creativity!"