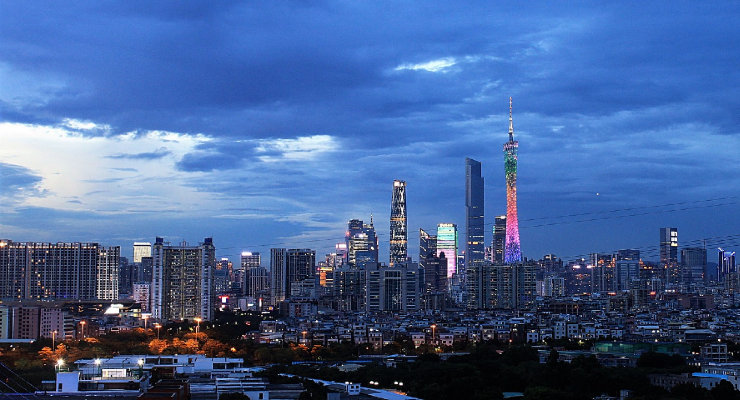 Guangzhou has some 1,789 cosmetics firms or about 40% of the national total.
Related CONTENT
Charles Sternberg, Assistant Editor04.12.21

In an attempt to attract more multinational beauty companies, China is building a 10.22 sq km “Beauty and Healthcare Industrial Park” in the Baiyun district  of Guangzhou, the capital of Guangdong province in southern China.

The site will generate synergies by bringing together local players in one location, according to the Baiyun District Science, Industry, Commerce and Information Technology Bureau. Construction began earlier this year. The city has some 1,789 cosmetics firms or about 40% of the national total, according to the bureau, which runs a leadership team to promote the industry. As of November 2020, 12 companies agreed to invest around 3.5 billion yuan ($534 million) to set up factories in the park.

L’Oreal’s sales in mainland China grew 27% like-for-like and 24.1% based on reported figures, according to its 2020 annual report. The market recovered significantly in the second half, growing around 4% in the year, boosted by omnichannel demand for selective brands and very dynamic e-commerce. L’Oréal China significantly outperformed the market with double-digit growth in all divisions, it added.

Despite the pandemic, China's cosmetics sales have been resilient. They surged 40.7% to 55.8 billion yuan in the first two months this year, according to government data. That rate outpaced the 33.8% gain in overall retail sales. Furthermore, as demand  for cosmetic products expands in second- and third-tier mainland cities, cosmetics retailing is expected to maintain its growth momentum in the near future. There’s also a strong tailwind in the men’s beauty care segment, according to industry observers.

To capitalize on the demand for cosmetics, local governments are making investments in the region. According to South China Post, authorities in Baiyun are considering new policies to attract more investment and companies into the district and specifically in the beauty and health care industrial park. Chen Guojin, director of Guangzhou Baiyun Cosmetics Promotion Association, said more policy changes will be announced later this year.

The Guangdong provincial government, meanwhile, issued a proposal in January to facilitate the high-quality development of the cosmetics industry. It included measures ranging from facilitating the construction of related industrial parks, preferential tax rates, and actions to nurture local brands.
Related Searches
Suggested For You