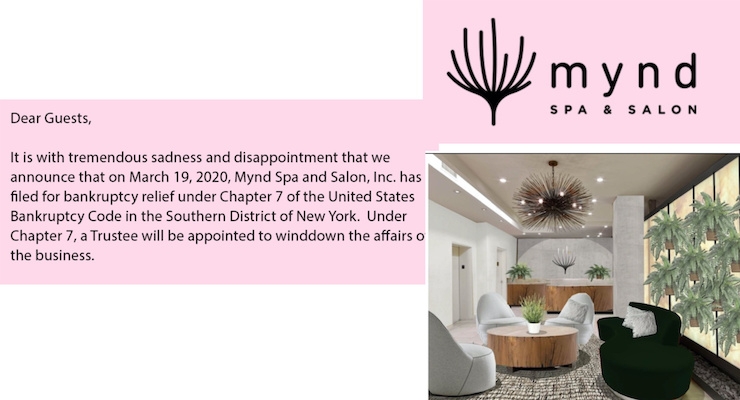 Mynd Spa & Salon has filed for bankruptcy and is closing its doors, permanently -- after posting a few days ago that it was closing temporarily due to the coronavirus pandemic.

The spa chain was the iconic Elizabeth Arden Red Door, before rebranding last summer -- with the new name and new look.

Mynd posted the message shown above on its website, which states:

It is with tremendous sadness and disappointment that we announce that on March 19, 2020, Mynd Spa and Salon Inc. has filed for bankruptcy relief under Chapter 7 of the United States Bankruptcy Code in the Southern District of New York. Under Chapter 7, a trustee will be appointed to wind down the affairs of the business.

Elizabeth Arden is now owned by Revlon, and is not affiliated with the spa business.
Related Searches