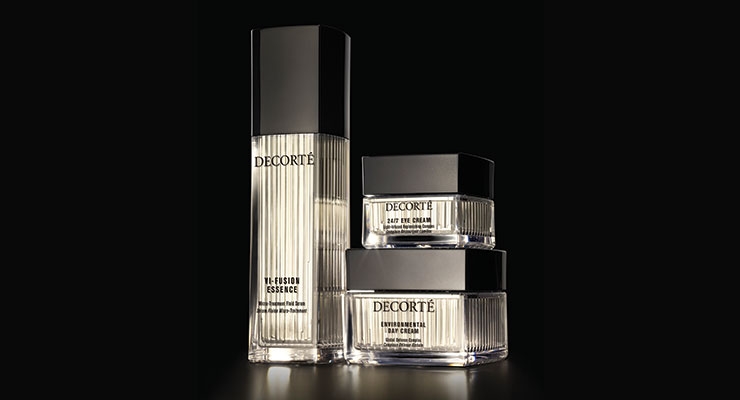 Comments: Kosé Group’s net sales for ﬁscal 2015 increased 17.1% year on year to $2.2 billion, setting a record high for the company, for the third consecutive year. Performance was driven by existing businesses, “inbound demand from foreign tourists visiting Japan” and what the company said was a stronger-than-expected performance by U.S. company Tarte, Inc., which was acquired in 2014. Sales outside of Kosé’s native selling territory of Japan accounted for 17.7% of consolidated net sales.

Regarding Tarte, which has a popular following among U.S. beauty mavens, Kosé president and CEO, Kazutoshi Kobayashi, said that in addition to growth at existing Sephora and Ulta chain stores (Tarte’s primary distributors), the number of stores selling Tarte’s products increased steadily with new store openings by both chains. “In the United States, we are also conducting sales via the QVC home shopping television network,” he said. “In addition, we are working to develop an online sales channel that will, among other beneﬁts, expand the sales area of the company’s website from the United States and Canada to other countries in ﬁscal 2016.”

In April, Kosé made its debut in the Indian cosmetics market with the launch of a completely new skin care brand, Spawake. The seven-product line is mid-priced for sale in supermarkets, but with an ingredient formulation and “premium mass market” appeal aimed to attract discerning, “urban” women in the middle income bracket. “The Indian cosmetics market is growing and mass-produced products account for 95% of the total,” the company said in a press release. “The rapid increase in the middle-income bracket and greater role of women in society in recent years has driven particularly rapid growth in the ‘premium mass market,’ as consumers look for quality and added value in the mass-produced products they buy.”

Kosé celebrated its 70th anniversary in fiscal 2016 and the company is ramping up its plans to replicate the success of its Japanese brands in Europe and North America. Saks Fifth Avenue introduced Kosé’s newly developed Decorté skin care and cosmetics range to North America in February in Toronto, fronted by model Kate Moss, followed by a March launch in Beverly Hills, and an April pop-up shop in New York. The Decorté line originally spanned 14 products and 39 different SKUs including skin cleansing formulations, moisturizing creams, color foundations, concealers and a 4-color lip palette. It has since been expanded with new products.

In June, Kosé announced its goal to become the No. 1 “brightening brand” worldwide. The announcement coincided with the introduction of Sekkisei, the company’s popular, 30-year old Asian cosmetic brand, to the U.S. travel retail sector. Sekkisei’s strategic growth plan to improve its brand’s global brightening profile was kicked off with a newly revamped global campaign, “Where Brightening Begins,” which debuted in the U.S. exclusively at T Galleria by DFS in Hawaii.