Comments: Shiseido has been busy with lots of executive personnel changes as president and chief executive officer Masahiko Uotani continues to implement his ambitious Vision 2020 plan, which he created and set into effect shortly after his arrival at the company. Uotani believes that Shiseido’s stalled position in the global market hinges on the company’s failure to stay relevant with constantly changing consumers and markets—and has created an aggressive consumer-focused plan and a hefty investment in advertising/marketing to bring the company to a greater position in global beauty. There will also be a shift toward key products, as Uotani said, “Our inefficient organization also diluted our brand portfolio with too many products and brands.”

Further, in commenting on 2014 sales, he reiterated his five-year plan, saying, “Shiseido must do everything possible to reverse the long-term market share decline of its business in Japan to remain vital for the next 100 years. Our mission is to be number one in Japan by 2020. We will implement radical reforms to ensure all activities are totally consumer-oriented to once again be the Shiseido that consumers support. We will build the foundation to achieve these goals during the three years beginning 2015.”

For FY 2015, Shiseido reported sales of  $6.5 billion. Domestic sales reached $2.8 billion, a decrease of 3% over the previous year. Global sales increased 6.4% to come in at $3.6 billion, a new record, and on target with gradually tipping the sales ratio in the global direction—this year it hit 53% of sales. (The increase was partially due to the depreciation of the yen). Domestic Cosmetics, however, continued to slump, mostly due to weakening demand as a result of Japan’s consumption tax. By region, sales were highest in Asia and Oceania, which includes Shiseido’s China business.

The revitalization and introduction of brands led to stronger domestic sales of mid-priced and high-priced products. Sales also showed an increase in October 2014, when cosmetics were added to the list of items available free of consumption tax for overseas tourists visiting Japan. The ICHIGAN Project, which involved all employees, from R&D to sales, in a united effort to deliver brand value to consumers, was credited for growth in a number of beauty products, including Prior, a brand for “mature” women.

In the Americas, both Nars and the fragrance business did well. Other contributors to sales growth included Shiseido, thanks especially to the launch of Ultimune Beauty Serum, and bareMinerals, with BareSkin, its first liquid foundation.

In Europe, Germany and Italy were weak due to challenging market conditions. However, Narciso Rodriguez and other designer fragrance brands performed well.

In China, which Shiseido says is its top-priority market, the focus was on consumer marketing and key brands in the portfolio. Shiseido said that while sales in China have fallen, they now have a concrete plan in place to achieve growth going forward.
Indonesia proved to be a hot spot as far as success in emerging countries.

In June, Shiseido signed on to distribute Burberry makeup and fragrance products across Japan. Shiseido has been the sole distributor of Burberry fragrances in several countries through its subsidiary Beauté Prestige International, which is known for luxury brand fragrances.

In August, Shiseido announced the appointment of Marc Rey as president & CEO of Shiseido Americas, with the additional global brand responsibilities for Nars and Bare Escentuals. He replaced Heidi Manheimer who left the company.

Shiseido continues with its success in prestige fragrances, most recently launching Shiseido Ever Bloom in 32 countries throughout Europe and the Middle East. According to the parent company, fragrance accounts for 50% of all beauty sales in Europe.

Looking Ahead: Based on a moderate recovery of its domestic business and its strong efforts in China, Shiseido forecasts that consolidated net sales will increase 7.8% year on year. In Europe, they expect conditions in the cosmetics market to remain difficult due to the economy. In The Americas, however, the cosmetics market is expected to maintain moderate growth.
Suggested For You 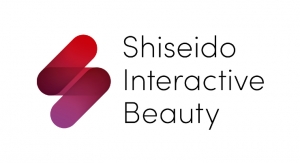 The Future of Sustainable Beauty: It’s All About Industry Alignment A Growing Responsibility for Sustainable Packaging A Wave of Blue Beauty Brands Is Rolling In