Comments: In general, 2014 was a nail-biting year for Unilever. Corporate chairman Michael Treschow described it as “one of the most challenging years that the industry and Unilever have faced for some time,” due to a slowdown in emerging markets’ growth and ongoing caution in developed markets. Currency fluctuations added to the uncertain mix. Still, the international powerhouse brought in sales growth ahead of the market and achieved solid margin expansion. It was the fifth consecutive year of top and bottom line growth. Paul Polman, chief executive officer, noted,” Weakening consumer demand certainly impacted our underlying sales growth yet it provided a great opportunity to accelerate our efficiency effort.” 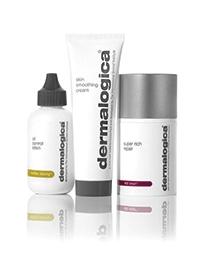 According to the UK/Dutch manufacturer, competition remained strong in many regions and in all categories, particularly in Personal Care.

The multinational is increasingly betting on prestige skin care, acquiring Dermalogica, Murad, Kate Somerville and Ren, all in the past year. But its mass offerings are not falling behind: Late in 2014, Unilever snatched up two of P&G’s first divestitures— the Camay brand globally and the Zest brand outside of North America and the Caribbean. In February, Unilever partnered with Naterra International to produce, market and distribute Tigi Cosmetics, an offshoot of the UK/Dutch manufacturer’s successful hair care brand.

Unilever reported that Personal Care grew ahead of weaker markets thanks in part to strong new product launches, including deodorants such as the compressed aerosol range in Europe, Dove innovations, and dry sprays in North America. Growth in skin cleansing was attributed to Lifebuoy and to the improved Dove Nutrium Moisture body wash. The launch of Baby Dove in Brazil was also well received by consumers.

In hair, the Dove Advanced Hair series successfully established the premium Oxygen Moisture range in North America, and this has now been extended to Europe. Hair growth was also boosted by strong performances from Sunsilk Naturals in Asia, the TRESemmé 7 Day Keratin Smooth range and the successful introduction of Clear in Japan.

In general, Dove, Unilever’s largest brand, delivered another year of strong performance, driven by double-digit growth in deodorants and consistent performance in skin cleansing. In hair, Dove’s success was helped by the strong launch of the Advanced Hair Care range launched in the U.S. and Europe. The brand is also building a premium offering with its new Oxygen Moisture hair care range in Europe and the launch of Dove Advanced Care solid deodorant sticks in the U.S.

Lifebuoy achieved 15% growth, aided by the re-launch in South Asia of the core range, with Activ Naturol Shield, which reportedly protects against 10 infection-causing germs. The brand also entered China in 2014.

Regenerate, which Unilever calls “a completely new Personal Care brand,” was launched in the UK in 2014. It is described as the first dental care system to regenerate tooth enamel mineral, reversing the early enamel erosion process.

Dove Deep Moisture Body Wash is a bestseller for Unilever.

Unilever continues in its commitment toward sustainability. One example is its new Dove bottles that feature less plastic and lower costs. In 2014, Unilever launched a newly developed packaging technology for Dove Body Wash bottles that uses 15% less plastic. Projected cost savings for the whole portfolio are €50 million.

The MuCell Technology for Extrusion Blow Molding was created in partnership with two packaging suppliers—ALPLA and MuCell Extrusion. By using gas-injection to create gas bubbles in the middle layer of the bottle wall, it reduces the density of the bottle and the amount of plastic required. With up to 59 million Dove Body Wash bottles sold across Europe, the new technology will save approximately 180 tons of plastic a year. A full rollout across every Unilever product and packaging format could save up to 27,000 tons of plastic per year. Unilever waived exclusivity rights from January 1, 2015, so that other manufacturers can also use the technology.

In 2014, Unilever formalized its commitment to respecting human rights as part of the Unilever Sustainable Living Plan, the company’s blueprint for sustainable and responsible business.

For the first half 2015, Unilever reported good performance “in challenging conditions.” Corporate sales increased 12% to nearly $30 billion. Commenting on the results, Polman said: “The first half demonstrates again the progress we have made in the transformation of Unilever to deliver consistent, competitive, profitable and responsible growth, now in the seventh year.”

However, Polman conceded that consumer demand remained weak and volumes flat in the markets Unilever serves. He said emerging markets continue to be subdued, while in Europe and North America,  growth is negligible.

Growth in Personal Care was driven by volume and price. Polman credited innovation and said they expected growth in the second half of the year. Deodorants have been a success especially due to the dry spray launch in North America, as well as compressed formats, now rolling out from Europe into Latin America. The Dove Advanced Hair Series and TRESemmé premium ranges continued to add to the bottom line.
Related Searches