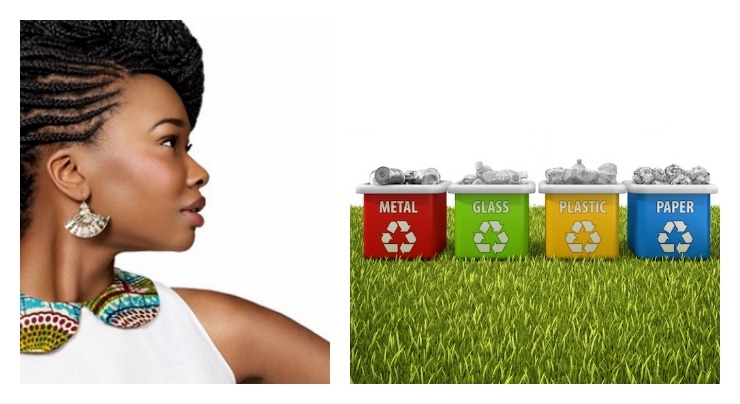 Why 'Green' is a Challenge in Africa
Shem Oirere, Contributing Writer10.22.15

There is an emerging trend in Africa where the beauty products market appears to be growing in tandem with the increasing middle class population. South Africa presents the best example on how manufacturers and suppliers are tackling the many challenges facing the industry including post-consumption beauty packaging.

With 12 million people in the middle class today, up from 3 million in 1993, South Africa has not only joined Kenya and Ghana as the leading countries in Africa with the highest number in the middle class, but has also sought to address the uniqueness of the cosmetics market such as manufacture of products to suit the local ethnic skin and hair types.

The drive to produce beauty products that suit the different skins and hair conditions has provided an opportunity for the investors to put up more packaging manufacturing plants and opt for mergers and acquisitions to make business sense of the high capital and capacity building investment needed in the branding phase in this highly competitive industry.

The Move Towards Recycling

Despite the increasing consumption of beauty products in South Africa and elsewhere in Africa there have also been proposals by industry insiders, government agencies and environmentalists for the manufacturers to embrace procedures that would allow for reduction of the environmental impact of the beauty routine.

The campaign across the industry in Africa is to recycle beauty product containers for all kinds of hair care, skin care and cosmetics packaging.

How popular is the concept of using recycled beauty products packaging in South Africa as a measure to address environmental concerns?

What do industry insiders have to say about investing in recycling packaging, especially those returned by customers after use? Could the recycling of plastics for use in beauty products packaging offer solutions to municipal councils, the hospitality industry and schools’ plastic menace?

In addition to the recycling of beauty products packaging/containers, there have been attempts in other markets to embrace refilling as a way of addressing the beauty products post-consumer challenge of packaging, particularly plastics.

Roy Gardiner of the Society of Cosmetic Chemists South Africa (Coschem), says recycling of beauty products packaging in South Africa as a measure to address environmental concerns is “a concept that has been tried as a brand and as marketing promotions but with limited success.”

He says the reason why the rate of recycling of beauty products packaging in South Africa is so low “is based on economies of scale,” but that recycling of packaging remains a viable concern for manufacturers, consumers and environmental agencies.

Gardiner, who has been instrumental in developing and implementing Cosmech’s Cosmetic Science Diploma Correspondence Course, says recycling of beauty packaging is “unlike the carbonated soft drinks in both glass and plastic (generally polyethylene terephthlate (PET) making it fairly simple to understand the economic outcome.”

Regarding the soft drinks, the industry opts for “very high production volumes with a short consumption time.”

“Additionally, the residue left inside of these containers after use is generally similar, allowing for a generic cleaning and processing sequence,” says Gardiner adding that “the energy savings generated by recycling in this industry is enormous.

“When it comes to PET, the only negative effect is that PET gradually changes its properties (chain length, flexibility, barrier properties, etc) the more it is recycled as a result of the heat during molding,” he says.

“Recycling cosmetics is far less economically viable,” adds Gardiner, unlike packaging material such as glass which “is used to a minor extent and recycling is possible and viable.

“Cosmetic content and the plastics that they are packaged in are varied, content varies from surfactants used in shampoos to oils, fats and silicones in emulsion products, and the contamination of the plastic is a concern.”

Gardiner explains that the number of polymers used as substrates in the manufacture of cosmetics varies and cites the example of bottles which “are generally produced in PET and HDPE (high density polyethylene), tubes, which are normally LDPE or LLDPE (linear low density polyethylene) and poly propylene caps, while eye shadows, blushers and lipsticks are polystyrene and SAN (styrene acrylonitrile).

“Sorting the different plastics into their specific area is both time consuming and very labor intensive, often resulting in costs far greater than the original virgin material,” he argues. An additional hurdle is the colors involved, according to Gardiner who is also current Coschem treasurer.

According to Gardiner, “the recycled polyethylene is generally colored black and is used for things like garden furniture and refuse bags,” but recycling paper and board is beneficial and has far less constraints than recycling plastics.

Regarding refilling, Gardiner, who at various times served in key roles in Coschem including council member, management committee member and president, says the biggest concern is that of product safety.

“In Europe and now finding acceptance in other countries is the labeling requiring a Period After Opening (PAO) statement, which gives a recommended time for usage after the pack is opened.”

During usage, Gardiner says, “the cosmetic is challenged with a variety of micro organisms which will cause the degradation of the product, thus limiting its usable life” and gives the example of contamination with species like Pseudomonas aeriginosa, a water borne organism, “which can be detrimental to human health.”

“It is in the public interest to limit contamination from all sources and with this in mind, refilling without pre-sterilization should not be considered.”

The Appeal of Shrink Sleeves as a Solution

In answering the question of whether manufacturers should wish to be seen as aiding the “green movement” Gardiner says supplying “the contents in a sealed polyethylene bag like currently used for fabric softeners will give the consumer the confidence that the contents are “sterile.”

“The more ambitious approach is to regulate that all plastics should not be pigmented and that a shrink sleeve be used to brand the product. Shrink sleeves are easily removed and the plastic that remains could be recycled numerous times as color contamination would be negligible.”

Recycling and refilling of beauty products packaging in South Africa as elsewhere in Africa, will require in the long run a close working relationship among all stakeholders to ensure no segment in the industry is disadvantaged to the benefit of the other.