Reaches this significant milestone after celebrating its eleventh anniversary in 2020. 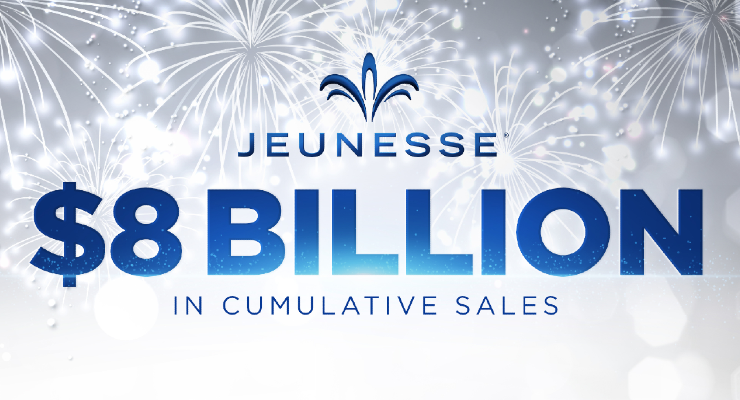 After celebrating its eleventh anniversary in September 2020, Jeunesse Global has achieved $8 billion in cumulative worldwide sales.

When the company launched in 2009, the intention of founders Randy Ray (CEO) and Wendy Lewis (COO) and chief visionary officer Scott Lewis was to build a billion-dollar global brand. This goal was reached in 2015 when Jeunesse generated annual worldwide sales of $1 billion.

In the years that have followed, the company’s cumulative growth story has included adding $2 billion to that number by the end of 2016, reaching the $5 billion mark in 2018, and achieving $8 billion in January 2021.

The company’s growth has been consistently recognized with more than 30 growth-related awards, including five consecutive years ranking on the Inc. 5000 Fastest Growing Companies in America and ranking among the top 20 companies on the Direct Selling News Global 100 list since 2016.

In 2020, Jeunesse achieved double-digit growth across world regions ranging from 12% to 42% despite the disruptive global pandemic that forced the company to move approximately 775 employees to remote work and to revamp the in-person events typically held across the globe each year.

“Reaching this milestone is the result of the hard work and dedication of the Jeunesse family of employees and Distributors around the world,” commented Scott Lewis. “Despite 2020 presenting unique challenges, we were able to reimagine key aspects of our business to support their efforts. For us, this number represents more than a milestone achieved. It’s a reflection of the positive impact we have been able to create together, and a representation of a vast number of lives enriched around the world.”
Suggested For You