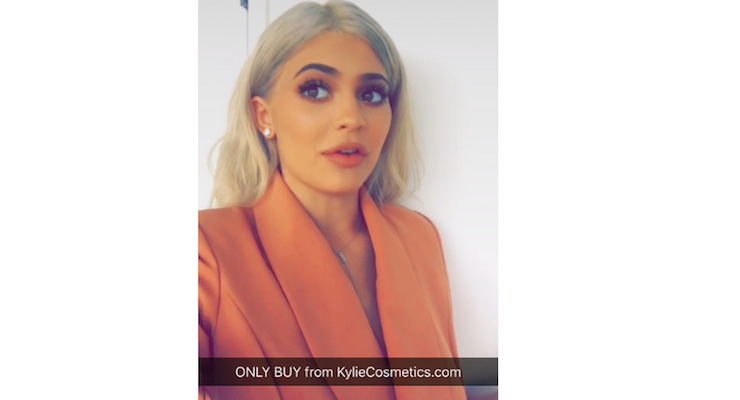 Kylie Jenner is warning fans not to purchase Kylie Cosmetics on the website KylieCosmeticsOutlet.com - or anywhere else except KylieCosmetics.com.

Counterfeit products are being sold, Jenner says. The packaging looks the same, but the formulas are not, according to Jenner. The fake website is designed to look identical to KylieCosmetics.com, so many consumers are being fooled.

Jenner warned her followers on Snapchat, and often re-tweets consumer complaints that include one woman who got a lip infection, and another who never recived product after paying.

Jenner tells fans, “The ingredients that they’re using in these fake products are really, really dangerous, which is my biggest concern. It’s fake and dangerous, and it’s the same price, so I don’t even see the point.”