Trekkies will have first dibs on the line at San Diego Comic-Con. 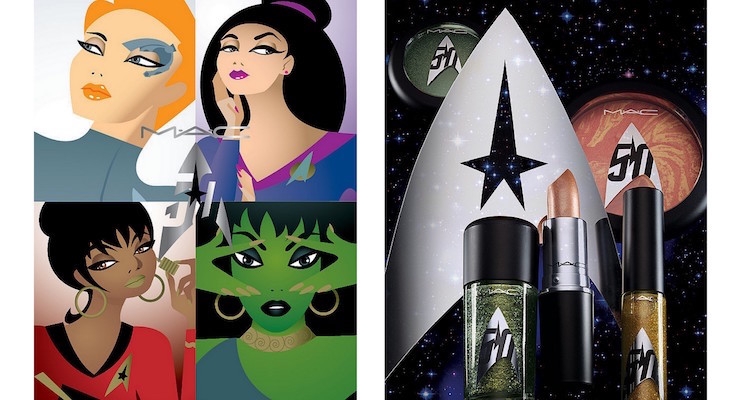 MAC Cosmetics' Star Trek collection will launch online on August 25th, and in retail stores on September 1st - and it marks the 50th anniversary of the iconic television series.

Diehard Trekkies will be able to purchase the line during an one-day exclusive presale on July 21st at the MAC Cosmetics store in San Diego’s Gaslamp district on July 21st, which is during the San Diego Comic-Con convention. The pre-sale also coincides with this Star Trek art exhibit.

The campaign’s visuals feature caricatures of Star Trek’s female characters, which are shown above - Seven of Nine, Deanna Troi, Uhura and Vina, the Orion girl.